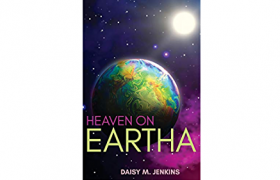 On a historic space mission, five female American astronauts soar into the galaxy, only to discover that their intended destination has mysteriously changed to an unknown planet. They land on Planet Eartha, which is very similar to Planet Earth, except its population is 98 percent female and it’s ruled by ten powerful female leaders known […]