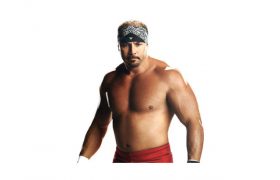 The Third-Generation Luchador Prepares for Battle in Season Four of El Rey Network’s Lucha Underground, Wednesdays 8pm ET/PT A third-generation star from one of the most famous families in wrestling, Chavo Guerrero has wrestled on every continent, and has held several major championships, including the WWE Tag Team Championship with his uncle, the late, great […]