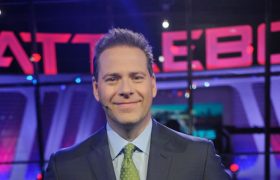 Ric Speaks with Battlebots Commentator andMLB and NFL Sportscaster Chris Rose The epic robot-fighting series BattleBots returns for its second season as the world’s biggest, baddest, strongest, and fastest next-generation robots from all over the world duke it out for robot fighting supremacy. 2018 Champion Bite Force will return to defend its title against top competition including perennial […]