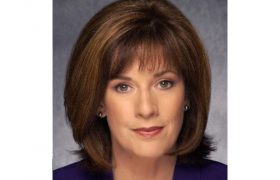 Ric Speaks with Investigative Journalist Diane Dimond about the Bizarre Case, Which Was Also the Subject of HBO’s The JinxROBERT DURST:AN ID MURDER MYSTERY Premieres Monday January 21 and Tuesday January 22, at 9pm ET/8pm CT only on Investigation DiscoveryMoney, privilege and power – millionaire Robert Durst had it all. But behind closed doors, Durst was […]