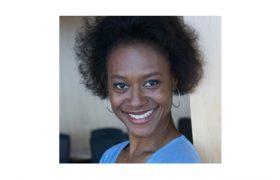 BLACK IN SPACE:BREAKING THE COLOR BARRIER, Premiering Monday February 24th at 8pm ET/PT only on Smithsonian Channel Ric Speaks with the Emmy-Winning Director ofAfrican American Documentaries, Laurens Grant. During the Cold War Space Race, the U.S. not only had to defeat the Soviet Union in a competition over rocketry and technological feats. It also needed […]