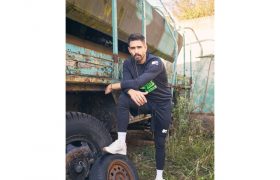 Ric Speaks with Six-Time Competitor andReigning Champion Jordan Wisely The show that invented the reality competition genre is back for its 35th season with The Challenge: Total Madness airing Wednesday nights on MTV. Following a successful season of “War of the Worlds 2,” the explosive new season returns to a solo game format where no one is safe […]