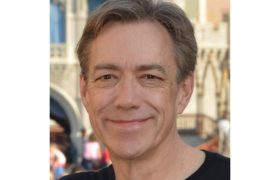 Ric Speaks with DC’s Legendary Comic Book Writer and Artist Dan Jurgens about the Impact of Action Comics, the Longest-Running Superhero Comic Series in History In June of 1938, DC Comics unveiled the first issue of Action Comics, which would ultimately have a massive impact on the worlds of entertainment and popular culture as we […]