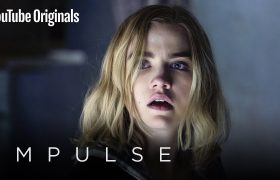 From the Director of The Bourne Identity andEdge of Tomorrow, the YouTube Original Series Is Back for Season 2Ric Catches Up with One of the Stars of the Series,Missi Pyle In the popular young-adult sci-fi drama Impulse from producer/director Doug Liman (The Bourne Identity), Henrietta “Henry” Coles is a rebellious 17-year-old girl who always felt different from her peers and longs to escape from […]